I am not a speaker 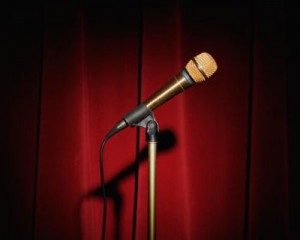 The tears started before she even made it to the microphone. I was caught off guard by the outpouring of emotion from Tina, who had agreed to do a model speech and receive live coaching. It was part of a public speaking workshop for 60 administration professionals in Squaw Valley. She had warned me in her email, “I am a numbers person with an intense fear of public speaking. I am NOT a speaker.”

And yet… she said yes to the assignment.

She was the last of three speakers to do a 5-minute speech and receive feedback and tips for getting better. I was poised to take notes as she leaned forward. Nothing came out but tears. She held the microphone away from her face as if it was the source of pain.

I stepped up to rescue her by standing at her side and interviewing a bit, a trick I use in Toastmasters when a rookie speaker is struggling to get their words out. People in the front row began to share some love too. “You’ve got this, Tina. Come on Tina, we want to hear you.”

She began to read from her notes with a trembling lip. “Everyone has a story on how they got where they are today. And everyone has struggles along the…” She pulled the microphone away again and fanned her face with her left hand. This was followed by a full 30 seconds of tear-filled silence.

I have coached a lot of beginning speakers, but this level of meltdown was a first for me. I put a hand on her shoulder. “Tina, let’s set your notes aside. You said yes to coming here to tell a story. What message do you want to share with your friends here?”

She slowly began to leak out the story… how she was labeled a slow learner in elementary school, and told she would not progress without special needs classes. One teacher saw potential in her and gave her the little extra attention she needed and she made it through with her friends.

I’ve changed Tina’s name to protect her privacy, and I won’t share all the details of her life. But the word “struggle” kept recurring in each chapter she revealed. There were also people along the way who had faith in her and gave her a shot at bettering her life and career, including her husband.

As she picked up steam, I inched slowly away from her, letting her stand alone and publicly speak out the pain she had been carrying her whole life. And when she finished her story of courage, she received an emotional standing ovation that I will not forget.

This woman was told throughout her life that she was not going to succeed.

She was also told throughout her life that she COULD succeed.

She eventually followed the positive advice, but the words she heard early in her life created deep wounds that affected her belief in herself. This burden came from so-called experts and authorities who ended up being dead wrong about her.

If you are in a leadership role in a child’s life, as a family member, teacher, coach or friend, your words are either building up or tearing down. There is no neutral.

Tina was OK, and we talked afterwards about her joining a Toastmasters club to continue working on her confidence. I personally left the conference with a keen interest in exploring what makes some people fear speaking more than a shark attack.

To those of you who fear it… I always thought it was caused by traumatic embarrassment or public humiliation at a young age, but perhaps it was really only a few destructive and unforgettable words spoken into your young impressionable mind.

How many positive experiences will it take to overwhelm those negatives? Are you willing to find out?