It takes years to become a natural 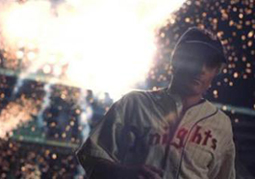 It sounds contradictory, but it’s true: it takes years to become a natural. In Malcom Gladwell’s Outliers, he claims it takes at least 10,000 hours of practice to get really good at something. And many professional performers will tell you it takes a lifetime to become an overnight sensation.

I’ve been stretching myself lately as a comedian and MC. I’m still learning, but so far I’ve received several nice compliments from friends that I am a “natural.” While I graciously accept the compliments, I must set the record straight.

I worked for years as a nightclub DJ, both during and after college. I had specific coaching on how to hold a microphone, how to breathe and project my voice to grab attention. I had hundreds of hours of practice and watched others who were better to learn how to improve.

I have done hundreds of marketing and sales presentations throughout my career, persuading internal colleagues and external audiences to like what I was selling, be it a product or an idea. Sometimes I succeeded and sometimes I failed, but I always learned something.

I have faithfully attended Toastmasters for close to 7 years, and raised my game by entering speech competitions. With each contest I surrounded myself with coaches and friends who would give me honest feedback. I asked not for compliments, but for tiny adjustments that would make me a better speaker and writer.

And speaking of creative writing, I started blogging in February, 2009 and have since written 273 posts. You are reading #274 right now. They say if you want to be a writer, you have to write. Many of my stories have fallen flat, yet some have surprisingly taken off and been read and shared by thousands. I write at least one post per week, and join in comedy writing conversations in Facebook for instant feedback.

The one element of being a natural that is hard to define is “charisma.” I don’t know exactly what that means, but it has something to do with losing your fear of being judged. It’s about shedding layers of what you think the audience wants you to be and instead… having the courage to just be you.

And isn’t that what “natural” really means?