Building up or tearing down 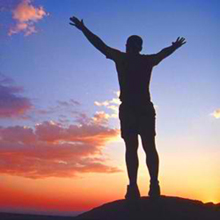 I’m not the first to say that words matter. We are entitled to think anything we want about someone else, but when we verbalize those thoughts we are choosing to make an impact. That impact is usually not neutral. It’s either building someone up or tearing them down.

I was the recipient of some third party praise today. Someone told me that someone else was saying good things about me in front of a group. That’s triple bonus points for those of you scoring at home.

It is damaging on an equal scale to hear that someone was bad-mouthing me in front of others. Without details, my imagination fills in those blanks in the worst way. I would rather get a public flogging in person than to hear about it second-hand.

Your email inbox or facebook wall functions almost the same as a large conference room full of people. You can be building people up in the best way or tearing them down in the worst way.

If you want to build up your friends, family and co-workers, it’s a simple formula.  Present positives in public and criticize in private.