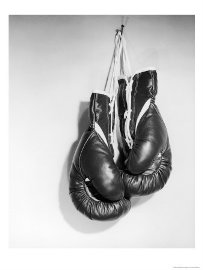 You heard it from both parents and playground supervisors, “Play nice!” This was often followed by, “If you don’t, no one will want to play with you.” You got this warning not because someone else took your ball or called you a poo poo head. You got this warning because of the way you reacted.

The schoolyard was just a mini-microcosm of things to come. Throughout our education and career years, we are thrust into situations where other people are just not nice. Everyone acts to some extent in their own self-interest, but with some people it’s self-obsession and anger mismanagement.  If you’re like me, you feel a gut-level emotional reaction to these people that makes you want to lash out and defend your turf.

It’s left brain vs. right brain warfare.  Left brain says, “If I remain calm, I can still keep this project on track, or close this deal.”  Right brain says, “It would be so satisfying to place a large piece of duct tape over that mouth right now.”

To survive these confrontations, I practice what I call Strategic Niceness:

–       Breathe. Long, slow deep breaths will tell your reptilian brain everything is OK and give you more oxygen to think clearly.

–       Separate.  You are not a target. You are observing someone else who is trying to express something that needs to be heard.

–       Listen.  Let everything come out before you respond. Interruption will only escalate emotion.

–       Think. Pause and consider your response before opening your mouth. And the first sentence should start with “I understand.”

–       React. Use questions to clarify and calm your way into a civilized conversation. Sometimes the best reaction is to defer an answer to later when emotions are defused.

Here’s the bottom line. People want to do business with people they like. This is a classic case of the golden rule… treating others the way you want to be treated.  Unless you are a masochist you probably want people to play nice with you, so you decide to be nice first.

Besides, it’s hard for a bully to keep punching you if your gloves are down… and the crowd will eventually turn on them.

Do you have a story of how playing nice paid off for you?