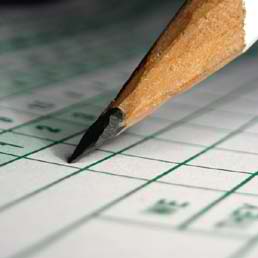 “A new low” is a negative term for describing behavior, but in golf it is the ultimate goal. Theoretically, the perfect score is 18 (which has certainly only been achieved in miniature golf.) Somewhere along the way the concept of “par” was invented to give average golfers something to feel good about, and terrible golfers like me a reason to keep trying.

When you’re battling multiple myeloma, you go for a new low as well. You want the doctor to report that your KFL (Kappa Free Light number, which measures the presence of myeloma cells) is down from the last visit. Just feeling good about a par score is not enough. You need to get to a normal range of 0 to 2 to truly win this game.

My brother Jeff encourages me to share the story of his battle so that it may inspire others to keep fighting. When he was diagnosed, his KPL number was 1400. He’s been through 2 stem cell transplants, several rounds of chemo and continues to take medication to reach that perfect score. In the last 2 months his number dropped from a plateau of 25, all the way down to 12! By the old standards he is in remission, but he and his doctor want the insurance of 0 to 2.

I asked him what he thinks about to stay in a positive state of mind through all this. He said “First it has been overwhelming to know how many people have been focused on helping me. That makes me not just want to survive, but to go forward and make a difference for others.”

I reassured him that he has already made a difference to me.

He went on, “During my stays in the hospital I saw some people who were in true misery. My treatment was really hard for me too, but I never had a morning when I didn’t want to get out of bed and beat this. I have too many things left to accomplish in my life.”

This was my key take-away from the conversation. What you think about in the midst of a struggle . . . matters. And thinking about more important things will help lift you out of the anxiety and frustrations of day-to-day existence. In short, Jeff has set his expectations high while going for a new low.

It makes me think twice about what I think about.