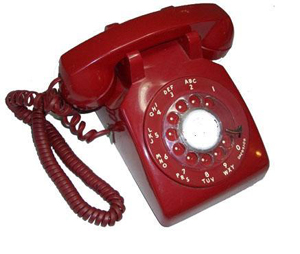 How many times have you heard “You missed your calling!” from a friend or co-worker?  It usually comes right after they see you do something extraordinary that has nothing to do with your day job… like when you exhibit some long dormant talent that rarely gets dusted off and used in public.

I think it is meant as a compliment, but the implication is that your current job is NOT your calling and that you may be wasting your time and talent.

This phrase has religious origins… the concept that you get “called” by God to perform one big special mission in your life like writing a book, starting your own company or helping the needy. At some point in your life you hear this call and you’re supposed to answer by pursuing it.  This word “calling” has now become part of our broader vocabulary, and you most often hear it when someone thinks you’re missing it.

Here’s the thing… I’m not sure we get just one great call in our lives.  I have felt compelled to do many things outside my day job or comfort zone. I have answered a few calls and let a few others go to voicemail. I have had people acknowledge me for moments of creativity that brought me no financial gain, and moments where I’ve sacrificed to help others without telling a soul about it.

The point is… just because your creative flourish or altruistic effort is not your full-time job doesn’t mean it’s any less significant.  Why not answer a part-time calling in the midst of a full-time career?  Perhaps your talents are meant to bring joy and impact others exactly where you are right now.