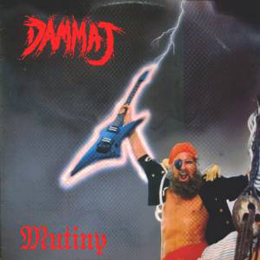 Sorry Gaga fans, this post is NOT about Lady Gaga’s current song, but it IS about music.  Last night I saw my friend Greg Hill rock the house with his band Dammaj at the Avalon in Santa Clara.  It was an old school heavy metal reunion show, with driving drums, thrashing guitars from the Gilbert brothers and soaring vocals from Mr. Hill.

I call him Mr. Hill because that’s how I really knew him.  Our kids went to school together in Milpitas, and we socialized at family birthday parties, camping trips and bocce ball in the back yard.  I remember when he showed me the old album cover from 1986 once, but it was hard to picture him on stage with a handcuff belt.

He erased all doubt that he could still knock it out of the park last night, and the crowd really responded to Greg having so much fun up there.  At one point in between songs he said, “Man, I’m havin’ a great time! I was born to do this.”

There’s a financial services commercial on TV now that says “Boomers are reinventing what it means to retire.” Have you felt the urge to return to a passion you left behind in your youth?  What would happen if you just jumped back into it?

If you write, write.

If you paint, paint.

If you teach, teach.

If you’re funny, do comedy.

If you can motivate volunteers, start your own non-profit.

If you can wail on stage, sing Heavy Metal.

So a tip of the hat (and a bang of the head) to my friend Greg for jumping back in and livin’ the dream.  And to you… what’s that form of expression you’ve always wanted to make time for?  Maybe it’s time right now.