Put me on survivor 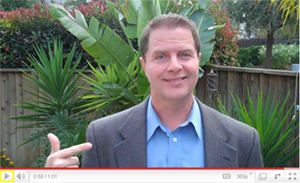 The tribe has spoken. The winner of this season’s Survivor is… David Goad!  Wouldn’t it be cool to hear those words?  I’ve been watching this reality show since Sue’s rambling Rat and Snake speech in season one.   I know it’s basically the same formula each season with a few twists, but I find it interesting to watch… the same way one might watch mice in a behavioral science lab.

Many contestants claim the social and emotional struggles are far more difficult than the starvation and physical challenges.  I think that’s why I want to be a contestant… to really see what I’m made of across all those dimensions.  I also want to win a lot of money so I can give a big chunk of it to a charity I believe in, the MMRF.

I recorded this 1-minute audition video for the show’s online search campaign, but it was not selected as a finalist.  So now I’m mounting a desperate social media write-in campaign to get the attention of the show’s casting team. Can you help me by sharing the Youtube link in Twitter, Facebook and LinkedIn?

Tweet or Post:
This guy should be on Survivor! Share this link to help David Goad get on the show so the MMRF will benefit!! http://bit.ly/hFnoxr

Thanks for indulging me. Whether you find me intriguing or annoying, I think I would make for good television.  We have 125 youtube views in just one day so far!  So who knows… maybe with enough critical mass the producers will notice.   If not, I can always try out for the Real House Husbands of San Joaquin County.