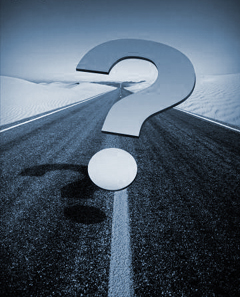 I’ve had quite a week… 7 days to reflect on the marathon finish and the process leading up to it. I learned a lot about running and a lot about myself. I also learned that the blog has been a trigger for many of you to motivate yourselves into a new fitness routine, or to tackle a huge goal you’ve dreamed about for a while. That inspires me in return and I can’t wait to hear about your accomplishments when you get there!

There’s something else I need to prepare you for. It’s called “What’s Next.” After I crossed the CIM finish line after 26.2 miles, I looked back down that road I just travelled and had quite an emotional response. My eyes teared up as 6 months of hard training, fundraising and high hopes washed over me in that moment of victory. It was just… the enormity of it all.

As I enjoyed telling the story over the last few days, I was surprised to hear so many say “Congratulations! So what’s next Mr. Goad? Triathlon?” It reminded me of when I got married back in my twenties, which I expected would end relatives’ common question “When was I going to get married?” It did. And it also spawned a follow-up question “So when are you going to have a baby?”

Even if you win the Superbowl, the media will ask you “What’s Next?”… and saying “I’m going to Disneyland” is not a sufficient answer. I don’t mean this in a negative sense. I’m actually embracing the question and giving it serious thought. Having a big goal has been good to me, and helped push me into unfamiliar yet gratifying territory. My confidence is high and I want to build on what I’ve done.

Running is now a regular and fulfilling part of my life, but the next BIG goal will likely be different. I’m not trying to be overly dramatic… I really don’t know exactly what it is yet, but I have a feeling that one of you will be sent to help lead me there. I have never in my life felt so much support, advice and generosity from such a large group of friends, and it is humbling.

So if you feel compelled to offer an opinion on what I should put my heart and soul into next, bring it on. And as you do, use me as a mirror to your own life. Are you asking yourself the same questions? After all, I am just a regular guy – a parent, a spouse, a friend, a hard worker and a proud American – just trying to make it in this crazy world and have a positive effect on the people around me.

Come to think about it… I’m you.