I heard freedom ring, can somebody get that? 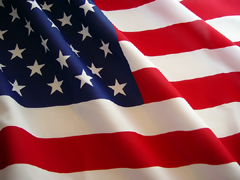 You’ve heard it before… freedom is not free. For the United States, the price has been paid across generations by brave souls who fought and died in service to our country.  The freedoms we enjoy should never be taken for granted.  But have you ever considered how freedom is defined and perceived in other parts of the world?

At a recent Tracy Toastmasters meeting (a multicultural mélange of sincere and intelligent people) I was reminded of just how astoundingly free we are.  The lady who spoke had immigrated from Iran, and she shared how a woman in Iran can’t simply get in her car and go wherever she wants; how a teenager cannot type anything he wants into Facebook without fear of being tracked as a troublemaker; how elections are obviously rigged to keep the dictatorial government in power. They have the opposite of freedom. How’s that for hope and change?

She pointed out that we battle in the US over issues like tax rates, higher education fees and industry regulations.  In other countries they battle over the right to speak up without being dragged away by the secret police.  If you consider levels of freedom on a global scale, those on the outside could say we’re a little spoiled. (Personally, I disagree. I never go through a day without appreciating the freedom to choose how I want to live.)

Empires have indeed come and gone through the ages, and the global wannabes who criticize the United States are eager to call us an empire and see us get to the “gone” part. But we are not an empire.  We are one of a very few countries on this planet founded on principles of individual liberty and freedom from dictatorial rule. We don’t rule other countries and we don’t rule over our own people.

HOWEVER… we may live in the land of the free, but let’s not let down our guard.  I don’t care which political newsletter you subscribe to, or what color your state is. If you detect ANY of our freedoms being eroded by ANY federal, state or local government action, you have a right to speak up in defiance.   And as far as I know, you won’t be dragged away by the secret police.

I’ll watch your back if you watch mine.  Happy Independence Day.