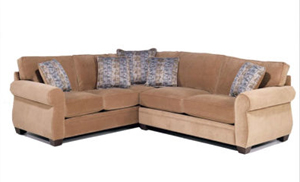 I remember back when my wife and I bought a new sectional couch for our first home, a condo in Tustin, CA.  We were so excited when it arrived, but soon realized we hadn’t really planned for what to do with the old couch.  We could put an ad in the paper or try to sell it garage-sale style, but we’d barely have enough room to walk in our small living room while we tried to find a buyer.

The man who delivered the new couch offered to haul away the old one at no charge, and give it to a needy family in Santa Ana.  Being limited in our options, and feeling like our old couch might go to a good home, I said “OK. Take it away.”

Later that night, this feeling of regret came over me.  What if that delivery guy was scamming me?  The old couch was still in decent shape.  I said to my friend Ray “That guy probably took the couch right down to a flea market, sold it and kept the money.”

Instead of joining in on my accusation, Ray said something profound, “Hey, you did your part. You gave away the couch with the intent of it going to a needy family.  After that, it’s in someone else’s hands.  You just gotta let it go.”

His excellent point really stuck with me that day, and it applies to charitable giving in general. Some charities may do a better job than others at making an impact with their donations.  But if everyone stopped donating because they were unsure of exactly how their gifts would be used, giving would dry up overnight.

Go ahead, do your part.

P.S. This charity means a lot to me:  http://www.themmrf.org/donate-now-take-action/