That’s a big BUT 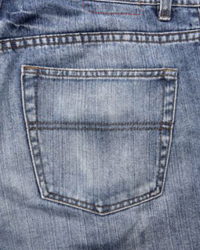 I have missed out on a few opportunities in my life because of my BUT.  (That’s “BUT” with one “T”, not two.)  Maybe your BUT has gotten in the way of your success as well:

Some of the greatest opportunities in my life have arisen when I put myself out there as a target for failure – changing jobs, changing industries, entering a speech contest.  Each required a few steps forward in faith and I was rewarded for taking the risk.

I have also hidden behind a “BUT” plenty of times, and surely missed opportunities that were meant for me. Maybe you’ve done the same?  It’s safer on your self-esteem if you give in to fear and don’t even try.  Nothing ventured, nothing lost.

Are you hiding safely behind a “BUT”?  What risk can you take to make yourself a moving target for opportunity? Sometimes you just have to make a move… to move forward.